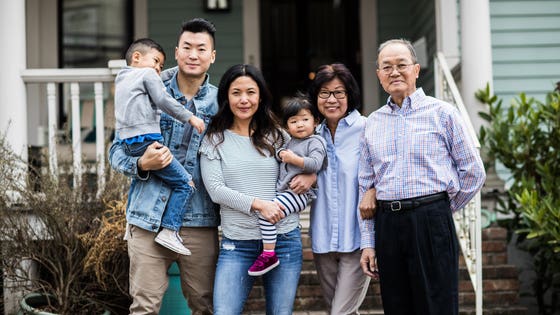 For generations, getting out and living on one’s own has been seen as a rite of passage by many Americans. However, according to a new Zillow analysis, this process is taking longer for today’s young adults, if they’re doing it at all.

Surprisingly, the increase in the number of young adults who are pursuing college educations – and, by extension, are more likely to live at home or with roommates – is not the cause. Though those without a college degree used to live independently at similar rates to their college-educated counterparts, they are now much less likely to do so. In fact, the data shows that, by age 30, those without a college degree were less likely to live independently by a margin of 12 percentage points.

Instead, rising costs of living and stagnant wage growth are thought to be major causes behind this cultural shift. Skylar Olsen, the director of economic research at Zillow, had this to say on the change:

“It’s true that people are becoming homeowners later and later in life, but even before that today’s adults are taking significantly longer to simply live on their own. While some may consider the impact of evolving tastes and cultural norms, as economists we can point to very real changes in household budgets that make the classic tactics of sticking with mom and dad or extending those college roommate years past graduation more appealing.”

“As the costs of life’s basics outpace incomes,” she continues, “parents that offer housing after their children’s schooling has ended can provide breathing space, allowing the next generation to begin paying off substantial college debt. Smaller, more accessible housing markets often tout not just the possibility of homeownership for today’s adults, but simply the opportunity for independence and privacy – features of life that major job markets struggle to offer more and more.”

Olsen is right. In part, this shift can also be seen as a symptom of the affordability crisis afflicting some of the nation’s largest metros. While the typical age for living independently in a place like Cleveland, OH has not risen as significantly and appears to be holding steady at 24, in larger cities like New York, the change is much more apparent. There, the age for living independently has risen from 24 to 29.

However, only time will tell if the lack of affordability will begin to have a larger impact than simply seeing more and more thirty-somethings still living with roommates.