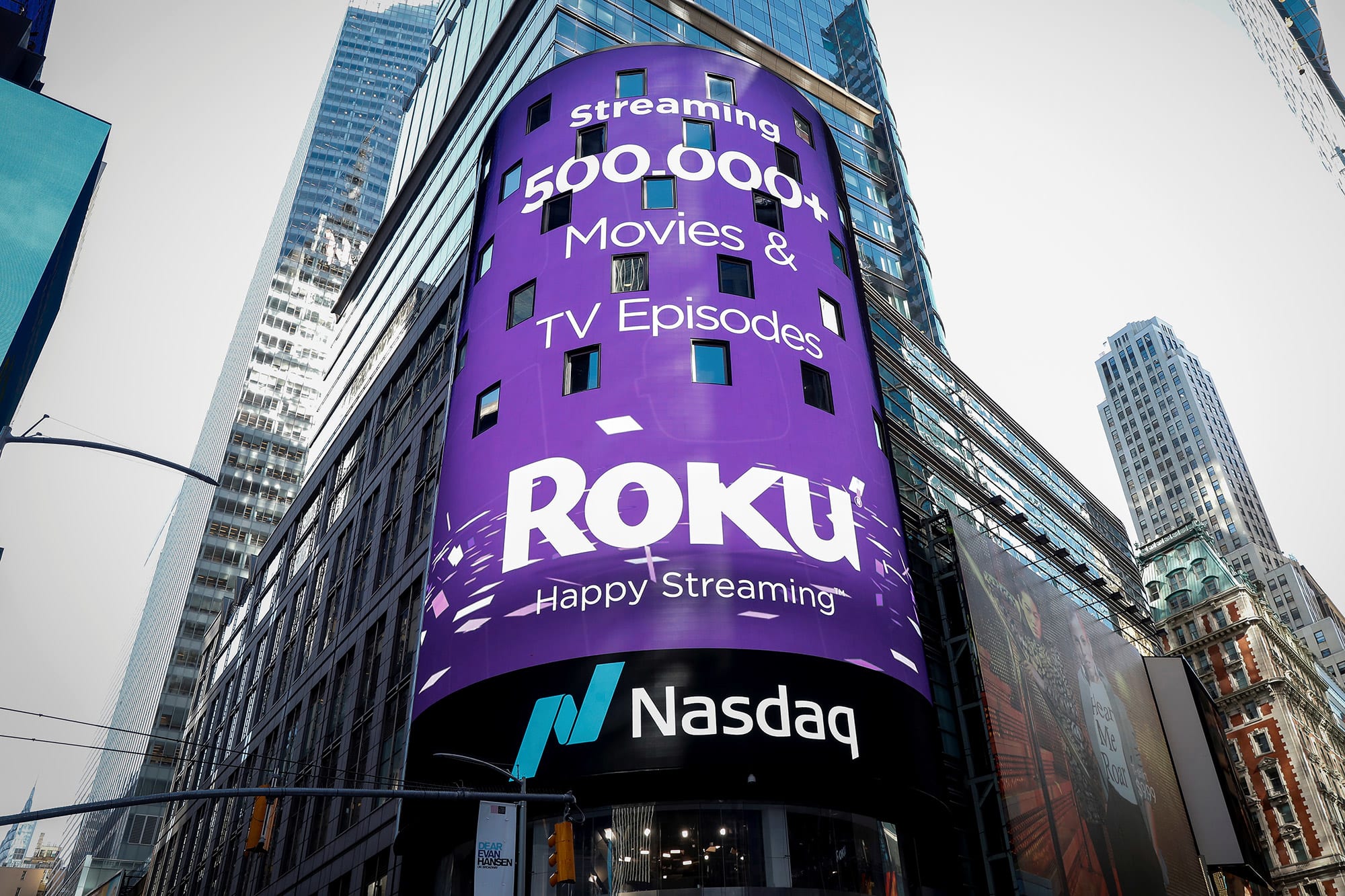 A video sign displays the logo for Roku Inc, a Fox-backed video streaming firm, in Times Square after the company’s IPO at the Nasdaq Market in New York, U.S., September 28, 2017.

Check out the companies making headlines in midday trading:

Roku — Roku shares jumped 4.2% on news that Citadel Securities took a 5% stake in the media-streaming device maker. The stock also got a boost after an analyst at RBC Capital Markets upgraded it to outperform from market perform. The analyst cited a “compelling” valuation and strong revenue growth among the reasons for the upgrade.

Wendy’s — Shares of the fast-food chain gained 3.8% after Wendy’s gave more details about its plans to launch nationwide breakfast and expand in Europe. The company said it will invest about $20 million to support U.S. stores in preparation of the 2020 breakfast rollout. Wendy’s also expects breakfast to become at least 10% of its daily sales.

Johnson & Johnson — Shares of the pharmaceutical giant gained 1.8% after Bernstein upgraded the company to an outperform rating. The firm said the stock is now at a “historically cheap” valuation, and that they expect the company’s ongoing lawsuits to be resolved over the next 6 – 12 months.

SAP — Shares of SAP surged 10.1% after the German software company announced Bill McDermott is stepping down as CEO after nine years. SAP also pre-announced third-quarter results, which beat expectations in part due to a cloud customer.

Fastenal – Shares of Fastenal skyrocketed more than 16% after the maker of construction and industrial supplies reported stronger-than-expected earnings. Fastenal earned 37 cents per share in the past quarter, 2 cents above estimates, while revenue also came slightly above Wall Street forecasts. The strong result came from higher unit sales and higher prices that had been implemented to mitigate the impacts of general and tariff-related inflation.