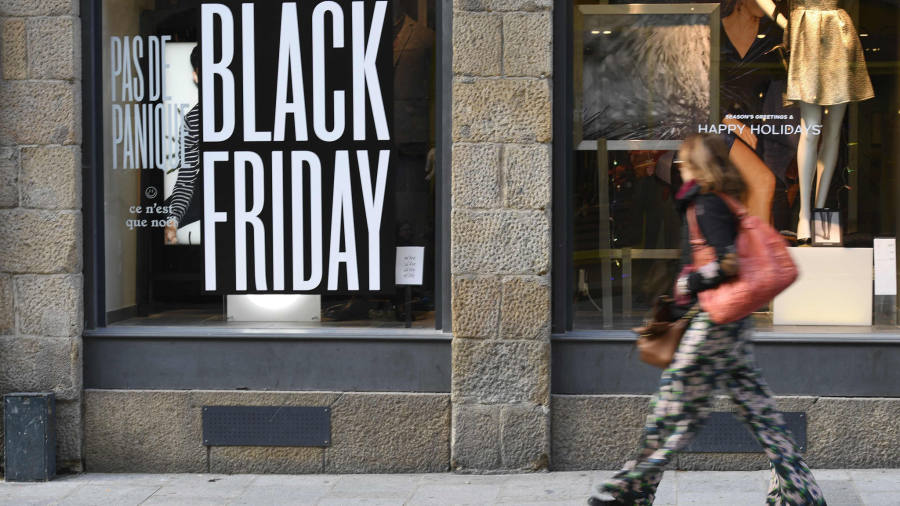 French MPs have proposed banning some Black Friday promotions as a backlash against the US-imported sales frenzy grows.

The suggested ban is part of an anti-waste bill and aims to end false advertising of discounts. The draft legislation would not hit the statute books in time to affect this year’s annual shopping craze at the end of the week: Black Friday refers to the Friday following Thanksgiving in November, when many retailers announce major price cuts.

The minister for environmental transition, Élisabeth Borne, this week warned of the “frenzy of consumption” linked to Black Friday.

The legislative amendment, brought by former environment minister and independent MP Delphine Batho, was adopted by a parliamentary commission this week and forms part of a draft law aimed at cracking down on waste and encouraging recycling.

“Amendment adopted, with a large majority,” wrote MP Matthieu Orphelin, a supporter of the measure, on Twitter. “Stop overconsumption and communications that trick consumers.”

Explanatory text accompanying the amendment said: “In addition to its disastrous environmental record, [Black Friday] is based on misleading communications to consumers, allowing them to believe that they are benefiting from considerable price reductions.”

Black Friday has become increasingly popular in Europe over the past decade, with people queueing overnight and sometimes fighting in pursuit of bargains. Retailers encourage further online spending in “Cyber Monday” sales after the weekend.

While France has not embraced Black Friday to the same extent as elsewhere, it is still a major event for many retailers, with a record €5.9bn of expenditure expected this year, an increase of 4 per cent on 2018.

Activists from the Extinction Rebellion environmental movement are planning protests in a number of cities in France on the day under the slogan “Block Friday”.

The anti-waste bill is scheduled for its next parliamentary reading on December 9.

Wirecard chairman Matthias quits with immediate effect
SEC Produces Evidence That Telegram Kept Selling Tokens After $1.7B ICO
US Homebuilders Getting Closer to Historic Uptrend
How are ETF fees deducted?
This budget strategy helped a Michigan couple pay off their mortgage early