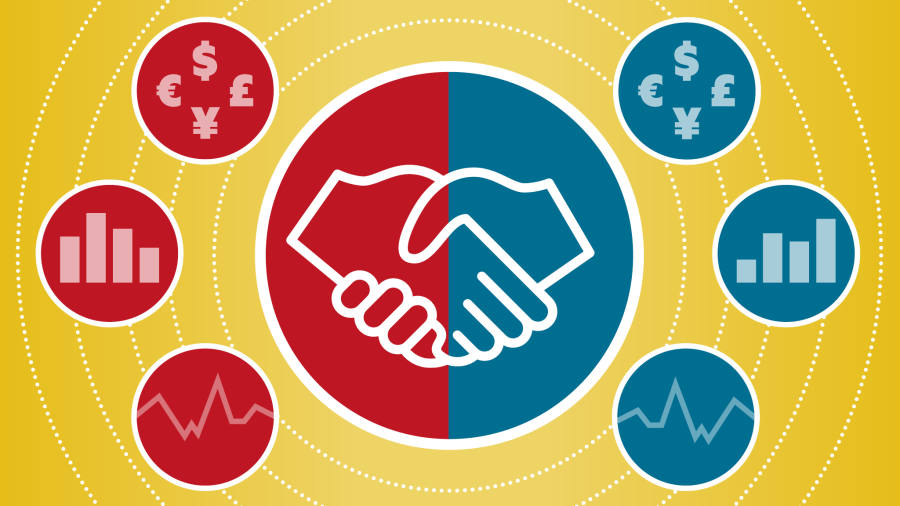 FT premium subscribers can click here to receive Due Diligence every day by email.

France is famous for many things — its cuisine, luxury goods and art de vivre. In the corporate world, however, it has a reputation for one reflex that it is still struggling to shake off: protectionism.

The textbook example of this is PepsiCo’s interest in French yoghurt maker Danone in 2005, which led Dominique de Villepin, then French prime minister, to warn the US company to stay away from a corporate “crown jewel”.

PepsiCo retreated. Now the country’s reputation for protecting its corporates is being tested anew by an increased wave of activity from a crop of often foreign activist investors on French soil.

A decade ago it would have been almost unheard of to see foreign activist investors on a French company’s shareholder register. This was a country, after all, where local raiders such as Vincent Bolloré and Albert Frère had roamed for years.

This year, five large French companies have faced activist campaigns, according to Richard Thomas, the Paris-based American who runs the shareholder advisory group at Lazard.

“The old style of activism in France was slow-build, more private and centred around the AGM votes,” Thomas told the FT. “That has flipped on its head. Now the strategy is more US-style: more aggressive, less patient and more public.”

Elliott’s European arm, which is run by founder Paul Singer’s son Gordon Singer, has been busy across the continent and built up stakes in French, German and Italian companies. Other US funds like Dan Loeb’s Third Point have followed suit.

Outside investors have been quick to criticise corporate governance in France, where companies often have high levels of family ownership, and long-term investors benefit from laws that give them double voting rights.

French politicians are trying to resist the onslaught of activist investors. Finance minister Bruno Le Maire said back in April that he was looking for ways to allow French companies to resist activist investors. Then last month a cross-party government commission published recommendations on how to prevent short-sellers and activists from unfairly destabilising French corporates.

One thing is clear: trying to freeze out activists may not sit well with France’s desire to show that Paris can serve as a European financial hub after Brexit. But DD believes that the landscape has shifted. Expect to see more battles.

Go deeper on this trend with the FT’s David Keohane and Harriet Agnew.

Egon Durban has had a big week. First, the Silicon Valley-based private equity investor struck a deal that caught the attention of the global sporting industry.

Now, the German-born dealmaker has been appointed co-chief executive of the US private equity group Silver Lake. It comes just days after he led a deal to buy a 10 per cent stake in City Football Group, the parent company of Manchester City football club, valuing the company at nearly $5bn.

Durban’s elevation shakes up a management structure that had seen him run the company since 2011 with his three partners: Greg Mondre, Ken Hao and Mike Bingle.

Hao becomes chairman of the group while Mondre becomes co-chief executive with Durban. Bingle looks to be stepping back. Here’s the press release.

Those following Silver Lake closely will know that it has increased its investments beyond the technology space where it has been prolific since it was founded in 1999. The group, which has $43bn in assets, has moved further into sports and entertainment under Durban’s watch.

There are also reports that Silver Lake has been looking to other sports deals, namely for the (dismal) New York Knicks and New York Rangers.

As Lex puts it, in promoting Durban, Silver Lake is betting the 46-year-old can bring his magic to entertainment investing. But that isn’t a dead cert.

The group’s attempt to exit its investment in Endeavor didn’t go too well after the talent agency and owner of the Ultimate Fighting Championship martial arts franchise was forced to shelve plans for an initial public offering earlier this year.

Catching a big break in the entertainment business can be a challenge.

The DD team has the full story on the leadership reshuffle here. If you missed the piece on Silver Lake’s journey from ugly tech to football last week, you can read it here.

Orlando Bravo: in the eye of a hurricane

If you’re planning your first foray into UK dealmaking, the month of a scheduled “do or die” departure from the EU is a brave time to pounce.

Orlando Bravo, who bid $3.9bn for the Oxfordshire-based cyber security group Sophos just a couple of weeks before the Halloween Brexit deadline, believes his private equity group Thoma Bravo’s secret sauce works “in any country at any time”.

The model: buy software companies when things have gone wrong then strip out costs and push for growth, all the while keeping existing managers on “instead of throwing them away”.

DD’s Kaye Wiggins and Mark Vandevelde interviewed the billionaire investor, who once flew his private jet to his native Puerto Rico filled with supplies after a hurricane devastated the island. Read their profile here.

Tempering tycoons Friends of China were never going to get away with towing the line during the month-long protests that have engulfed Hong Kong. Billionaire Li Ka-shing, a former favourite among China’s leaders, has become a punching bag for the mainland. He says he’s getting used to it. (Reuters)

For love and money There are plenty of reasons why people commit fraud. For Andrew Pearse, a former Credit Suisse employee, it was love. Here is the tale of how Pearse helped fuel an alleged $2bn fraud in Mozambique to start a new business where he could spend more time with his mistress. (WSJ)

Out of steam The wheels are coming off the German car industry as carmakers face a “day of reckoning” with billions pumped into electric technology and thousands of jobs at risk. But are they moving fast enough to keep up with changing technology? (FT)

Why airlines are rushing to add premium economy seats (FT)