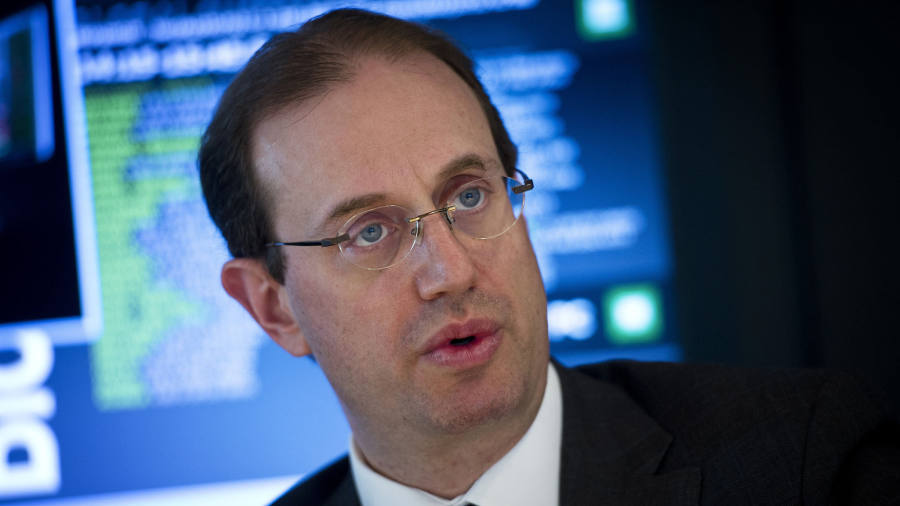 Mark Wiseman, a BlackRock executive seen as a possible successor to chief executive Larry Fink, has been ousted from the world’s largest asset management company for failing to disclose a romantic relationship with a colleague.

Mr Wiseman, who was tapped in 2016 to turn around the stockpicking business at BlackRock, is leaving the group following a “violation of the company’s relationships at work policy”, according to a BlackRock internal memo on Thursday.

Mr Wiseman, who was hired from the Canada Pension Plan Investment Board, one of the biggest and most sophisticated pension schemes in the world, is married to Marcia Moffat, who oversees BlackRock’s Canada business. The relationship that Mr Wiseman failed to disclose was with a different BlackRock employee, said a person familiar with the matter.

“Our culture has always been one of BlackRock’s greatest strengths, and it is deeply disappointing that two senior executives have departed the firm in the same year because of their personal conduct,” the memo said, which was signed by Mr Fink and Rob Kapito, BlackRock’s president.

“This is not who BlackRock is. This is not our culture. We expect every employee to uphold the highest standards of behaviour. This is especially critical for our senior leaders,” it said.

I do think we are starting to see an industry-wide cultural corporate shift, where certain behaviours will not be tolerated

Earlier this year Jeff Smith, head of the human resources group at BlackRock, left after more than a decade at the firm because “he failed to adhere to company policy”, BlackRock said.

In an internal memo, Mr Wiseman said he was leaving BlackRock “because in recent months I engaged in a consensual relationship with one of our colleagues without reporting it as required by BlackRock’s relationships at work policy. I regret my mistake and I accept responsibility for my actions.”

Mr Wiseman’s departure highlights the growing focus on workplace misconduct that has developed against the backdrop of the #MeToo movement, which has exposed widespread sexual harassment or abuse of women in multiple spheres of American life and ended the careers of dozens of powerful men in business and politics.

Last month McDonald’s fired its chief executive, Steve Easterbrook, after he engaged in a relationship with a colleague. He was the fifth US chief executive to lose their job over a consensual relationship since June 2018, according to data collected by Challenger, Gray & Christmas.

Sonya Dreizler, author of the Do Better online series about harassment, discrimination and assault in financial services, said: “I do think Wall Street corporate culture is changing. It is slow to change but we are an old industry. I do think we are starting to see an industry-wide cultural corporate shift, where certain behaviours will not be tolerated.”

At BlackRock, which manages almost $7tn in assets, Mr Fink has been one of the most prominent voices on Wall Street calling for high professional standards and transparency in corporate America.

Mr Wiseman, who was seen as one of seven candidates to succeed Mr Fink, headed BlackRock’s approximately $300bn active equities business. He also chaired the BlackRock alternative investment business, which focuses on illiquid or complex investments including private equity and real estate that typically command higher fees and are more likely to be sold to an institution than a mom-and-pop investor.

BlackRock said the leaders of the active equity teams who previously reported to Mr Wiseman would report to Mr Kapito for the time being. No changes were announced in BlackRock’s alternatives business.