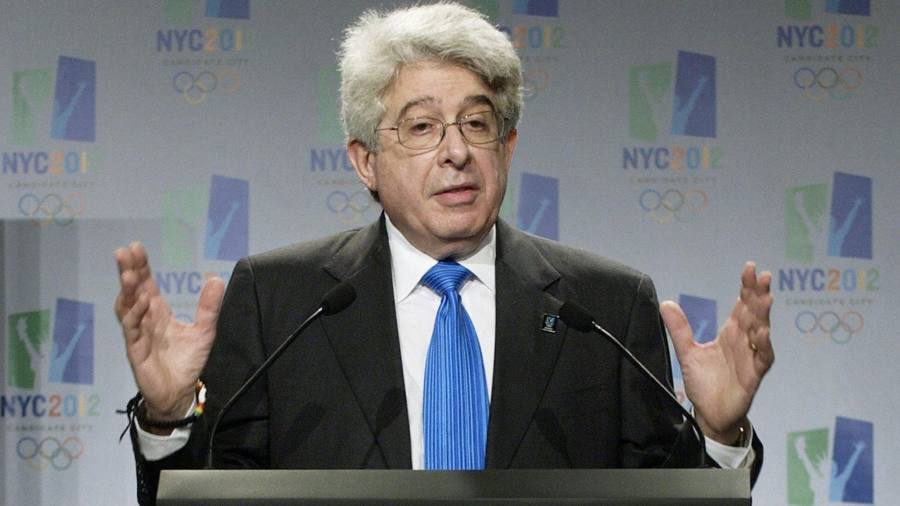 At the tender age of 25, Jay Kriegel, a hotshot product of Brooklyn’s public schools and Harvard Law, went to work for John Lindsay, the progressive New York City mayor then captivating the nation.

It was 1965, and so began for Kriegel what would be a decades-long civic engagement with his beloved hometown that was unique for its impact across so many eras and in so many facets of the city. It ended this week only due to Kriegel’s death, at the age of 79, from cancer.

Kriegel, who became Lindsay’s chief of staff, was a consummate insider, skilled at straddling business and civic groups, and a trusted adviser for mayors, business leaders and community groups for decades. He was also a mentor who shepherded generations of young political talent through City Hall and into lasting careers.

“I literally can’t think of a person who has had such a sustained impact on this city over such a long period of time,” said Dan Doctoroff, the former deputy mayor, who worked closely with Kriegel on New York’s bid for the 2012 Olympics. “Jay was never out in front but he was the guy behind the scenes making things happen.”

A party held in Kriegel’s honour last month attracted hundreds of New York business and political leaders, even bringing together such foes as Governor Andrew Cuomo and New York’s progressive mayor, Bill de Blasio. (Kriegel was too ill to attend, and joined by video link a celebration one participant dubbed a “pre-shiva shiva”, a reference to the Jewish mourning period.)

“There is no question in my mind that New York City today is a much, much better place because Jay Kriegel was one of the people who was here to lead and guide and mentor and support and inspire every step along the way, decade after decade,” Mr de Blasio told the audience.

Stephen Ross, chairman of the Related Companies, the developer of the massive Hudson Yards project on the west side of Manhattan — which Kriegel helped bring to life — praised him as “a cherished personal and professional friend, mentor and leader”.

Mitchell Moss, an urban planning professor at New York University and longtime friend, described Kriegel as a key player from a generation in which banks and other corporate citizens were uniquely tied to New York and their chiefs, such as David Rockefeller, were deeply invested in the city’s wellbeing. That era has passed.

“He was part of the public and civic life of New York for more than 50 years,” Mr Moss said. “He never forgot how important community groups and local organisations were even when he worked for big businesses.”

Kriegel, a quintessential fast-talking New Yorker, was still a law student when he joined Lindsay’s campaign, attracted by its Kennedy-esque idealism and sense of possibility. Yet he soon found himself in a frontline role trying to manage a city convulsed by labour strife, racial tensions, police corruption, a shifting economy and all the other unrest of the era. In a recent retrospective, Kriegel recalled 1968 — with a succession of teachers strikes — as a particularly dark time.

“It was a horrible fall for the city. Impossible conflict,” he said, crediting Lindsay’s re-election in 1969 to the good feelings generated by the Mets baseball team winning the World Series that year and an emotional visit by Golda Meir, the Israeli prime minister.

The Lindsay administration, with all its hopes and disappointments, remains a contentious subject in New York today. Even late in life, Kriegel was committed to reminding the public of its virtues. He would edit a book on Lindsay and also establish the Lindsay Fellows programme to nurture future civic leaders.

After leaving office, one of Kriegel’s greatest victories came in the 1980s when he assembled a coalition of states to successfully fend off a Reagan administration tax proposal that would have gouged New Yorkers.

The proposal, part of the 1986 tax reform, was to limit state and local deductions that citizens could take against their federal taxes. With Kriegel’s leadership, the city’s developers joined forces to help persuade Ronald Reagan to reconsider a measure that they warned would cause great harm to the city.

To the horror of many New Yorkers, President Donald Trump — a fellow developer — brought back the limit in 2017 as part of his tax reform. New York’s chief executives mounted only tepid opposition this time, perhaps because many were more concerned with the corporate tax cuts and other benefits for the wealthy Mr Trump was promising.

Kriegel also made his way into the media world. He helped found American Lawyer magazine with Steve Brill and served as its publisher. Later, at CBS, he secured a lucrative legislative victory that would force cable companies to pay broadcasters to transmit their signals. Retransmission fees became a steady stream of cash for the broadcasters.

In Mike Bloomberg’s time as mayor, Kriegel led the city’s bid for the 2012 Olympics alongside Mr Doctoroff. It failed but ended up setting in motion a host of new public and private building projects that have reshaped and reinvigorated the city. Among them is the recently opened Hudson Yards complex atop a rail yard on the west side of the city — a $25bn collection of office and residential towers. Kriegel helped to guide the project as an executive at the Related Companies, the New York developer.

“He was always making calls,” said Jim Whelan, president of the Real Estate Board of New York, the developers group, who described Kriegel as “an ideas machine.”

Reflecting on Kriegel’s effectiveness, Mr Doctoroff attributed it to his friend’s smarts, his prodigious energy — he led regular 6am conference calls during the preparations for the Olympics bid — and an all-consuming love of the city that left little room for other pursuits.