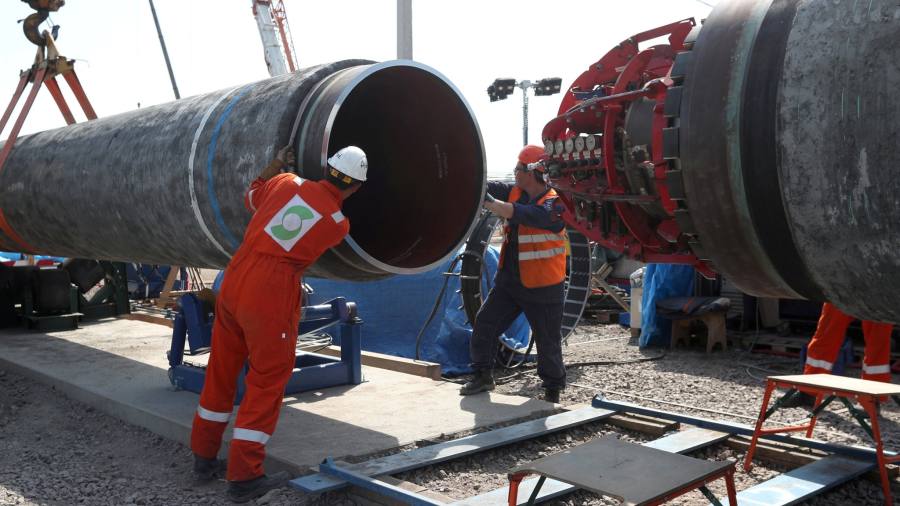 The US House and Senate armed services committees have agreed on a defence bill that would force the Trump administration to sanction companies that help Gazprom, the Russian state-owned gas company, complete the Nord Stream 2 natural gas pipeline.

Lawmakers on Monday evening reached agreement on the 2020 National Defense Authorization Act, which includes the measure to punish companies involved in Nord Stream 2, from Russia to Germany, and Turk Stream, a Russian pipeline that crosses the Black Sea to Turkey.

The decision marks the latest attempt to punish Moscow for meddling in the 2016 US presidential election.

Jeanne Shaheen, a Democratic senator who co-sponsored the bill, said it would send “an unmistakable, bipartisan message from Congress to Vladimir Putin that the US will not sit idly by while the Kremlin seeks to further spread its malign influence”.

Ted Cruz, a Republican co-sponsor, added that it would prevent “Putin from leveraging billions of dollars that could be used to fuel Russian aggression”.

President Donald Trump has frequently criticised Germany over the pipeline, saying it would help Moscow. But he has refused to blame Mr Putin for interfering in the election.

The congressional agreement came as Democrats on Monday signalled they were drafting two articles of impeachment against the president, ahead of an expected vote next week that will almost certainly see Mr Trump face trial in the Senate.

The threat of sanctions comes as construction of Nord Stream 2 nears completion. In October, Denmark gave its long-delayed permission for the pipeline to be built in its waters, clearing a final hurdle for a project that is more than 80 per cent finished.

Opponents of the pipeline, including many EU countries, see it as an effort to hurt Ukraine by reducing gas flows through the country, thereby cutting transit fees paid to Kyiv. But Gazprom and the Kremlin say it is a purely commercial venture.

Any measures would also mark a fresh salvo in the more than five-year long sanctions regime against Moscow, which began after Russia’s invasion and annexation of Crimea.

Seen by many in Russia’s business community as a bellwether for congressional appetite to continue hurting Moscow, tough restrictions would be a blow to those who had hoped for a potential easing of tensions between Washington and Moscow.

The move came as Sergei Lavrov, Russia’s foreign minister, was set to arrive in Washington for talks with Mike Pompeo, the US secretary of state.

After the pipeline received the Danish permit, Gazprom insisted it could complete the remaining 140km within five weeks. Last month, Russia’s deputy prime minister Dmitry Kozak said it could become operational in mid-2020.

But experts said the sanctions could slow the process, complicating the use of foreign engineering companies and calling into question financial support from five EU energy groups that are providing half the funding.