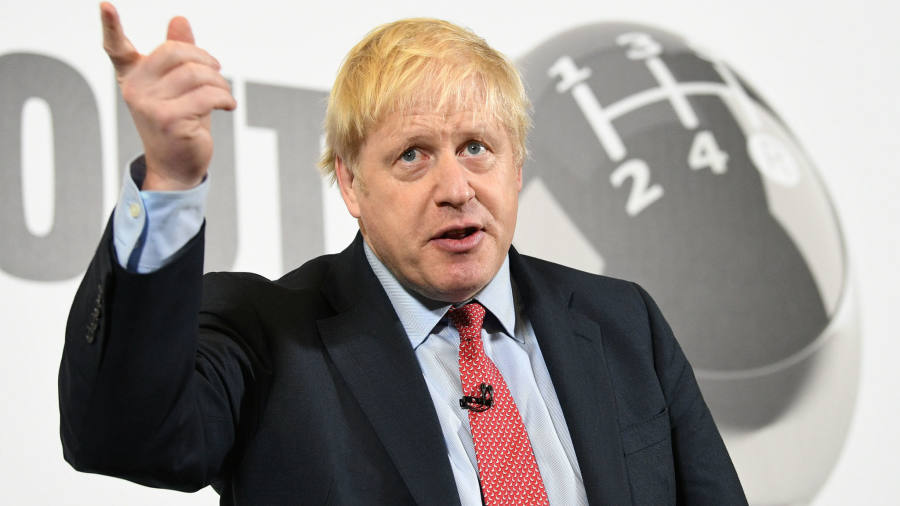 Commerzbank: Suspense in the UK is rising

Analysts at German lender Commerzbank have said the UK election is “getting interesting after all” following the release of the YouGov poll which has knocked sterling and given Labour fresh hopes of forcing a hung parliament.

The bank’s foreign exchange analyst Thu Lan Nguyen said in a note to clients this morning that sterling bulls could be in trouble.

If the Tories should even miss a majority in the end, this would be a particularly hard blow for sterling bulls. Because not only would the pound then need to give up all its gains of the past weeks, but also the Brexit suffering of recent years would continue indefinitely.”

The pound fell following the release of a new model of the British electorate that suggests that Boris Johnson’s polling lead has shrunk.

The comprehensive survey by YouGov showed the Conservative party is on course to win the election, but the projected majority of 28 in the House of Commons is down as much as 40 seats from an earlier model that predicted something close to a landslide.

The prediction suggests that Jeremy Corbyn has succeeded in narrowing Boris Johnson’s lead, particularly as some pro-Remain voters have returned to Labour.

We will take a closer look at the data throughout the day right here, or you can read our overnight piece here.

Good morning, welcome to the FT’s live coverage of the final day of the election campaign.

The party leaders will tour the country today in one final push for votes before polling stations open at 7am tomorrow morning.

Boris Johnson had a particularly early start as he went on a milk round in West Yorkshire. The FT’s Sebastian Payne is travelling with the prime minister and will update us through the day.