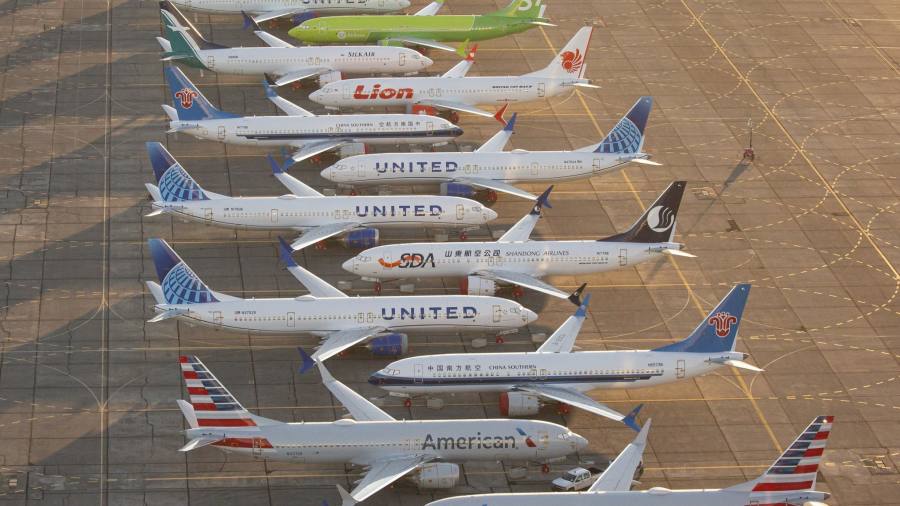 The US aviation regulator has accused Boeing of pushing it to recertify the 737 Max jet more quickly than it would like, in the latest sign that the company will have to wait than hoped before getting its troubled aircraft back in the air.

Stephen Dickson, the head of the Federal Aviation Administration, was due to meet Dennis Muilenburg, the Boeing chief executive, on Thursday to discuss the Max, which has been grounded since March following the second of two fatal accidents, which killed 346 people in total.

Ahead of that meeting, the FAA sent a letter to staff in Congress who have been investigating the accidents, pushing back strongly on suggestions the Max would soon be allowed back in the air.

The FAA said in the letter: “The administrator is concerned that Boeing continues to pursue a return-to-service schedule that is not realistic due to delays that have accumulated for a variety of reasons.

“More concerning, the administrator wants to directly address the perception that some of Boeing’s public statements have been designed to force FAA into taking quicker action.”

The FAA did not say which comments it was referring to, but Boeing said in November it expected to resume deliveries as early as this month and restart commercial service in January. Boeing did not respond to a request to comment.

Mr Dickson said on Wednesday the re-certification process, which has already taken several months longer than first expected, would last into next year.

The FAA boss also testified on Wednesday to the House Transportation Committee to defend his agency’s handling of the crisis. He insisted the agency had taken the right action in not grounding the aeroplane after the first of the two crashes, even though its internal analysis suggested the Max was far more prone to fatal accidents than most aircraft.

The FAA has come under fire for being too close to Boeing in general. Michael Collins, a retired FAA engineer, told Congress on Wednesday: “The FAA management safety culture often seems more interested in allowing applicants to produce designs that do not comply with the minimum safety standards.”