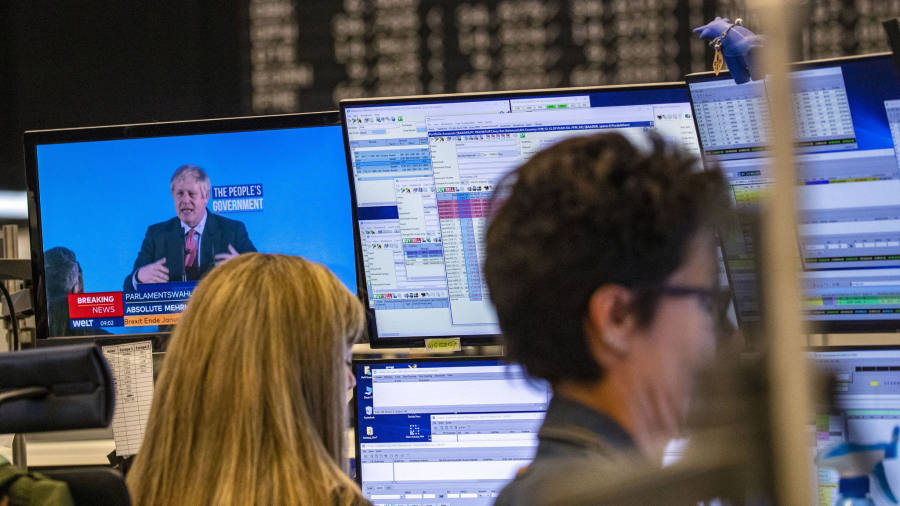 The pound has climbed back towards the highs it struck in reaction to last week’s Conservative election victory but analysts and investors said the rally could run out of fuel given risks over Brexit and domestic politics.

Sterling rose as high as $1.3422 in early London dealings on Monday, an advance of nearly 0.75 per cent from where the currency ended last week. It had soared to a peak of $1.3514 after it became clear on Thursday that Boris Johnson’s Tories would command a strong majority in the House of Commons.

Foreign currency analysts struck an upbeat tone over the weekend as they had more time to assess the implications of the election that is expected to clear a path for Mr Johnson to push through his plans on Brexit and fiscal policy.

Goldman Sachs told clients late on Sunday that it remains “constructive” on sterling even considering the recent gains. It said investors, who had been “significantly underweight” on UK assets in comparison with other holdings, would “at least reduce that underweight as the possibility of a ‘no deal’ exit fades”.

“We expect reduced uncertainty and a looser fiscal stance to boost economic activity later next year,” the New York-based investment bank added. “The size and composition of the new Conservative majority might even boost the case for more fiscal easing than previously planned as the government tries to shore up support in new seats.”

However, Goldman cautioned that “over the longer run, the scope for sterling appreciation will be dictated by the ultimate trading relationship with the EU”. It said it closed out its recommendation to bet on sterling rising against the euro after its target of 82p was nearly hit during last week’s rally. It had closed out on October 30 its bet that the pound will climb against the dollar.

The pound has rallied 12 per cent from its summer trough against the dollar and Europe’s common currency.

Barclays analysts said the larger-than-expected Tory majority “skews the risks around our forecasts of pound strength to the upside”. However, the bank warned that “we expect the pound’s gains to be contained as a number of Brexit uncertainties remain, likely restraining below $1.40 and 80p”.

The bank reminded clients that the UK faces the potential for a “cliff-edge exit” from the EU late next year if Mr Johnson is unable to negotiate a Brexit pact with the bloc.

“In particular, we think the Conservatives are unlikely to seek an extension before the 1 July 2020 deadline to request one. Hence, we caution that sterling volatility may pick up from end April until an extension request is made,” it said.

Barclays flagged up the “possibility of a second Scottish referendum given the Scottish National party’s large win in Scotland” as well as “sluggish domestic growth momentum and downside risks for Bank of England policy”.