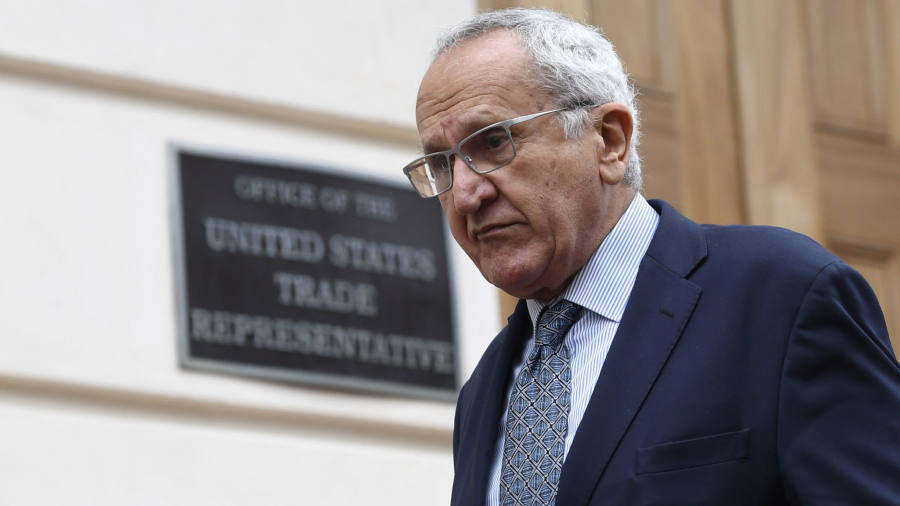 Robert Lighthizer, the US trade representative, sought to assuage Mexico’s concerns about the enforcement of labour standards in the USMCA trade pact, saying officials sent to the country to monitor workers’ rights would not be inspectors and would comply with local laws.

In a letter to his counterpart in Mexico, Mr Lighthizer said alleged labour violations in the USMCA, which is due to replace the Nafta deal between the US, Canada and Mexico, would be evaluated by an independent panel, an arrangement agreed by both countries this month.

He added that five attachés from the US labour department stationed in Mexico would work with counterparts by providing “technical assistance”, rather than acting unilaterally.

“These personnel will not be ‘labour inspectors’ and will abide by all relevant Mexican laws,” he added.

His letter comes after Mexico reacted angrily to implementing legislation for the USMCA, which was released on Friday as the US Congress prepares to ratify the pact. The Democrat-controlled House of Representatives is expected to vote on the deal on Thursday, with a committee hearing on the agreement on Tuesday.

Mexico’s trade negotiator, Jesús Seade, flew to the US on Sunday after complaining that the provision on labour attachés has not been part of the USMCA deal, which was ratified last week by the Mexican Senate. He accused the US of sneaking changes into the agreement through the back door, amid concerns in Mexico that the government had made dangerous concessions to Washington.

Mr Seade said Monday that he was satisfied with the US’s response.