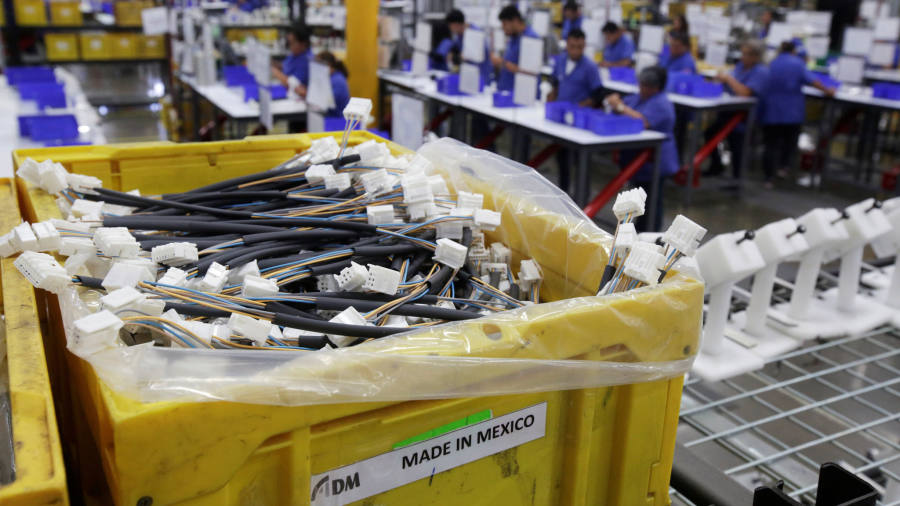 US President Donald Trump’s deal to revamp the Nafta trade agreement with Canada and Mexico was approved with a wide bipartisan majority in the House of Representatives on Thursday, clearing the main hurdle on the path to ratification.

The broad support for the agreement, called USMCA, marks a big legislative victory for Mr Trump just a day after lawmakers from the same body voted on party lines to impeach him for abuse of power and obstruction of Congress.

Democrats also claimed it is as a victory, after successfully securing changes to the original deal following months of talks with Robert Lighthizer, the US trade representative, to boost the enforcement of labour and environmental standards, and remove provisions that critics feared would lead to higher drug prices.

“On every conceivable front, we have improved the old Nafta,” said Richard Neal, the Massachusetts Democrat who chairs the House Ways and Means committee, as he opened debate on the bill on Thursday.

The landmark vote on USMCA in the House — which passed by a vote of 385 to 41 — came as lawmakers in the Senate finished another piece of economic business ahead of the holiday by approving legislation to fund the US government. That bill was also negotiated on a bipartisan basis in recent weeks, and will avert a possible government shutdown.

The broad support behind USMCA stands in striking contrast to the fierce divisions that have marked other big trade votes over the past three decades, including the original Nafta deal in 1993 and the normalisation of trade relations with China in 2000, which paved the way to its WTO accession. Supporters of the deal hoped that it pointed to a new domestic consensus in the US in favour of trade with its neighbours, which would restore some economic certainty to the region and possibly set a new standard for Washington’s future trade agreements.

But the agreement still has its critics. Ardent free-traders on Capitol Hill and in business fear that it enshrines new restrictions on open trade in North America, particularly on manufacturing, which will hamper growth.

“USMCA has a myriad of provisions to warm the hearts of protectionists,” wrote Pat Toomey, the Republican Pennsylvania senator, in a Wall Street Journal opinion piece on Thursday. On the left, there are still concerns that USMCA is an insufficient remedy to Nafta’s shortcomings, and that it will not do enough to prevent the movement of US capital and production to Mexico.

Trade Secrets is the FT’s must-read daily briefing on the changing face of international trade and globalisation.

Sign up here to understand which countries, companies and technologies are shaping the new global economy

Before the agreement enters into effect it still needs to be passed by the US Senate. The timing of a vote in the upper chamber is up in the air as leaders jostle over the next stage of the impeachment proceedings against Mr Trump. While Mexico has ratified the pact, Canada has not, and there is no set timing for a vote in either chamber of parliament in Ottawa.

The USMCA preserves the basic architecture of the Nafta deal, with some key modifications. It adds a digital chapter to allow data to flow more freely across the three countries, which has cheered US technology groups; provides for greater market access for financial services companies; and lowers barriers to trade in agriculture. These gains mirror some of the provisions the US secured in the Trans-Pacific Partnership agreement negotiated by former president Barack Obama, which was quickly abandoned by Mr Trump.

But the USMCA also removes a provision allowing investors to seek redress from independent panels for wrongdoing suffered in another country, includes strict local wage and content provisions that will affect the car sector, and establishes an elaborate system to monitor workers’ rights in Mexico, which was reluctantly accepted by Mexican officials. The labour provisions were crucial to securing the support of labour unions like the AFL-CIO, which have traditionally opposed US trade agreements.

“We are thankful to @SpeakerPelosi & her allies on the #USMCA working group, who pushed to remedy numerous shortcomings contained in the original USMCA text,” the AFL-CIO said in a statement on Twitter on Thursday.

The progress on USMCA came as Mr Trump has sought to hit the pause button on the trade war with China by agreeing an interim deal that removes some tariffs and suspend future levies on imports from the Asian nation. That agreement is expected to be formally signed in January.