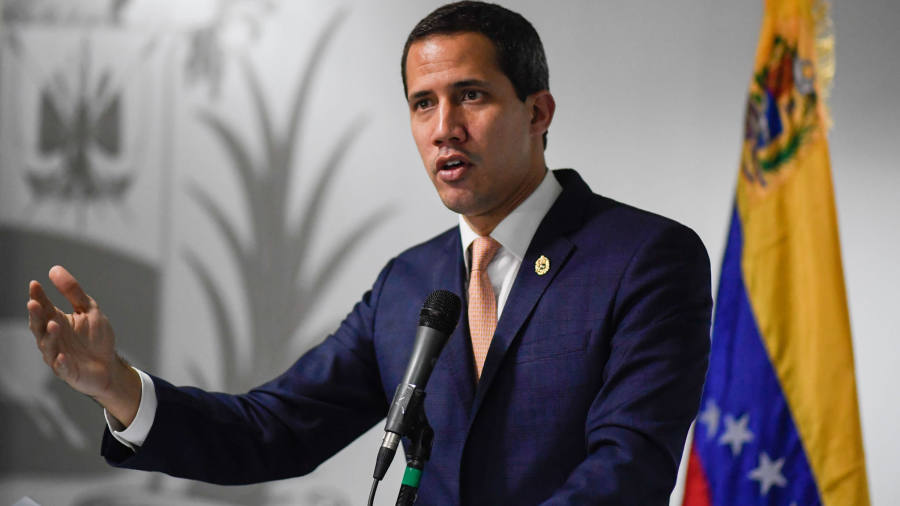 Early in 2019, Venezuela’s bondholders felt something they had not in quite some time: optimism.

Authoritarian leader Nicolás Maduro’s grasp on power was slipping, after more than a year with the majority of the country’s bonds in default. Regime change looked imminent, with the rise of Juan Guaidó, the president of Venezuela’s congress, who had the backing of the US and roughly 50 nations around the world.

The hope was that a new leader would bring new policies that would help put an end to the humanitarian crisis sweeping the country. Growth would return, and after Venezuela had some breathing room to rebuild its ravaged economy, a path would be forged for a restructuring to untangle the country’s whopping $150bn debt burden.

Such hopes helped to fuel an over 40 per cent rally in the bonds in January, albeit from a low base. The country’s benchmark dollar bond maturing in 2027 saw its price surge above 30 cents on the dollar for the first time since 2017. Those issued by the state oil company PDVSA also jumped, with some notes trading as high as 25 cents on the dollar.

But the rally — which one investor at the time said was driven by “hardcore fear-of-missing-out” — proved to be fleeting. And on the eve of 2020, with Mr Guaidó’s momentum flagging, optimism appears to be in even shorter supply as bondholders settle in for another year of stasis.

“It has not been a good year for bondholders in Venezuela,” said Russ Dallen, head of investment bank Caracas Capital Management. “There is no way you can put a silver lining on it.”

Within days of January’s rally, Venezuela’s bondholders, which include Fidelity, T Rowe Price, BlackRock and Pimco, received the first of a string of surprises — all of which helped to strip the price of the sovereign and PDVSA’s bonds down to their current levels of roughly 10 cents and 8 cents on the dollar, respectively.

In an effort to cut off the flow of foreign currency to Mr Maduro’s regime, Washington announced sweeping sanctions on PDVSA at the start of 2019, banning US citizens from buying any debt linked to the state-oil company. Less than a week later, the US Treasury’s Office of Foreign Assets Control (Ofac) extended those rules to the country’s sovereign bonds. US creditors could still hold the debt, but the only people they could sell it to were foreigners.

It has not been a good year for bondholders in Venezuela. There is no way you can put a silver lining on it

The restrictions brought trading to a halt and sparked a protracted, yet ultimately fruitless effort by one bondholder group holding roughly $8bn of the country’s debt to compel the Treasury department to address what it believed was an “ill-advised” trading ban that risked forcing the bonds into “rogue” foreign hands.

JPMorgan landed another blow in July when it announced it would wind down the weighting of Venezuelan debt from its widely followed emerging market bond benchmarks. Pressure mounted on index-tracking US investors to sell their positions into the broken market at extremely distressed prices.

“We all knew the risk we were taking in buying defaulted Venezuelan or PDVSA debt, but the surprise was the Ofac sanctions,” said one international bondholder. “These sanctions were just a disaster, and all this has done is damage the holders of the bonds, many of which manage money for US pensioners.”

The Treasury waded in once again in October ahead of a widely anticipated default of debt issued by PDVSA maturing in 2020. The department barred bondholders for three months from collecting on their collateral — Citgo, the crown jewel of Venezuela’s oil industry. The interim government followed up days later with a lawsuit against the investors, claiming the debt should be annulled. Creditors have since accelerated the bond, meaning the more than $1.8bn owed by PDVSA is now due.

The PDVSA 2020 saga is not the only litigation between creditors and the country. As Duke University law professor Mitu Gulati warned, the type of people snapping up Venezuelan debt at pennies on the dollar will be “litigation specialists”.

More than a dozen lawsuits have been filed by bondholders since 2018, including a joint case involving six hedge funds over missed payments on debt maturing in 2034 and a $128m claim from Contrarian Capital, a Connecticut-based hedge fund.

According to Mr Dallen, the number of lawsuits is set to rise significantly next year, as bondholders seek to ensure that their claims — some of which begin to expire three years after a default with no legal action — remain valid. “We will see multiples of what we see now,” he cautioned.

But with regime change stalled, US sanctions firmly in place and protective measures enforced to shield one of Venezuela’s last-remaining coveted assets, creditors will be unlikely to feel much besides disappointment in the year ahead.