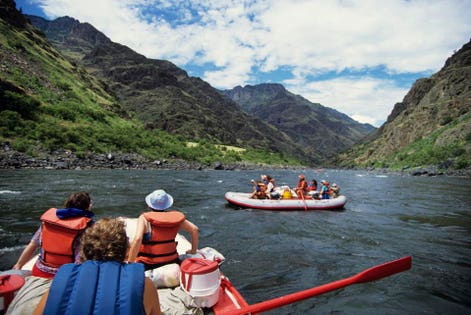 A new study by Atlas Van Lines that tracked migration patterns throughout the country found more Americans are moving to Idaho than any other state. The Gem State continued a pattern of drawing new residents, ranking as the survey’s inbound leader for the second time since 2017. On the other hand, more people are looking to escape from New York, the nation’s outbound move leader in 2019, a designation the Empire State most recently held in 2014.

The study by the national moving company found that 26 states registered as balanced, meaning that moves in and out of the states and Washington, D.C., were roughly equal. The data also showed a decrease in moves from 2018 to 2019.

In addition to Idaho, the list of states that experienced the highest share of inbound moves last year included Washington, North Carolina and New Mexico. The states that saw an exodus of residents at an alarming rate were New York, West Virginia, South Dakota and Illinois.

Most of the states that are benefiting from an influx of new residents offer job growth, lower costs of living and more temperate climates. Florida continued a pattern of net population gains in 2018 with New York contributing the most to the state’s migration inflow. According to the Census Bureau, 63,722 people moved from New York to the Sunshine State in 2018. The second-highest contributor was Georgia with 38,800 people moving to Florida.